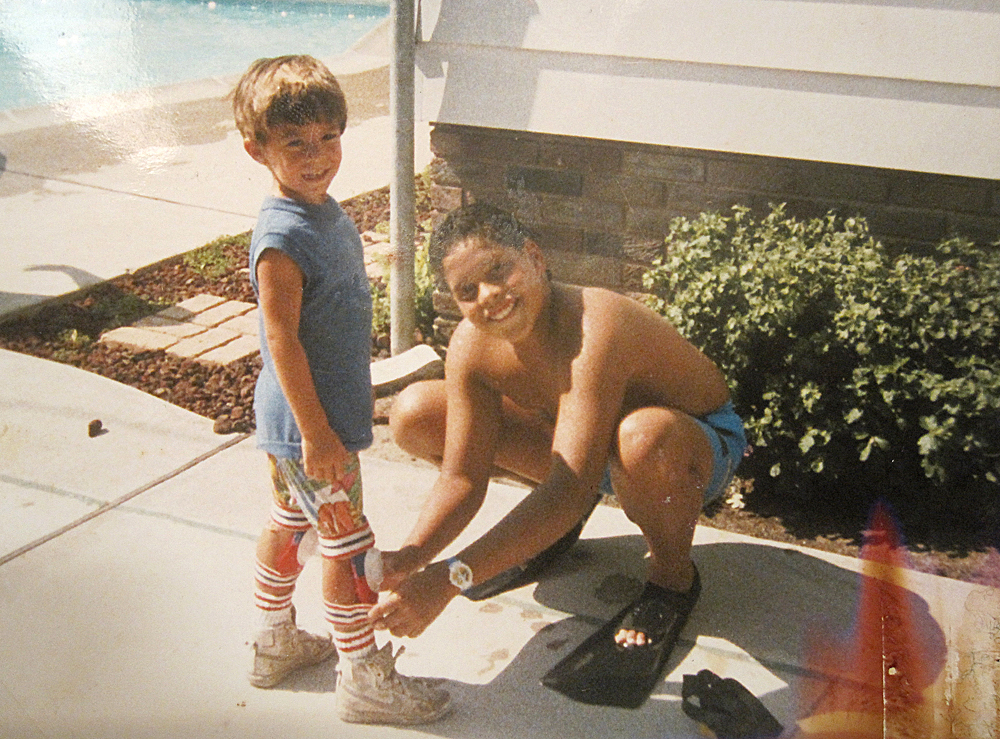 Kevin grew up balancing atop skateboards (that's him getting his kneepads squared away) and seated inside canoes where he was drawn through an ever-changing Ohio landscape that seemingly always led to a flat, vanishing horizon. The interruptions, though seldom, grounded his sense of design by heightening his awareness to the slightest departures in his surroundings.

An interest in representation and perception led him to study visual communications at Ohio University in Athens, OH. A community known for its fierce environmental activism and journalistic integrity. Studying under National Geographic editors and Pulitzer Prize winning photojournalists, Kevin made his way through Thailand, the Philippines, and India photographing economic and cultural disparities for various newspapers and magazines along the way. A path that led him to the Pacific Northwest where he worked as a photojournalist for several more years.

A dedication to photography and the catharsis of furniture restoration created an obsession with design culture. One that grew, after a move to Chicago, into a business sourcing, restoring, and customizing sought after pieces of design for architects, interior designers, set and film designers, as well as business and home owners. Kevin decided it was time to take a risk when his interest in design and architecture progressed beyond the world of furniture. Market research led him to Cincinnati where he began his first home restoration project in 2012 - a century old German-brick row house. Limited budgets required him to learn the process of home design, permitting, restoration, and renovation intimately and with his own two hands: a painstaking process he has grown to love.

Kevin is seeking a community of multi-disciplinary designers and artists who strive for continuous progression in the hopes of promoting self-discovery through the practice of design and community engagement.